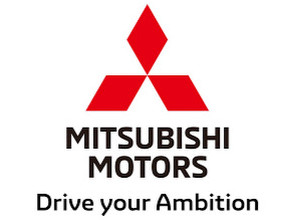 Mitsubishi, like so many of its competitors, has all but completely given up on passenger cars, focusing instead almost exclusively on crossovers. In fact only the budget-oriented Mirage remains the only â€œconventionalâ€ car in a US lineup otherwise made up of crossovers like the Outlander, Outlander Sport, and Eclipse Cross. But what if it got back into the sedan market?

What if it revived, say, the Galant? Then it might look a little something like this. Sent to us by budding designer Enoch Gabriel Gonzales and shared via Behance, these renderings speculate on a 2020 Mitsubishi Galant, adapting the Japanese automakerâ€™s latest styling cues to the traditional four-door sedan form.

The Gallant was, after all, a mainstay of Mitsubishiâ€™s lineup for 1969 through 2012, evolving along the way from a compact sedan (and coupe, hatchback, and wagon) into a mid-size one through a progression of nine generations. Mitsu sold nearly 100,000 of them in 2002, but by 2009, the Galantâ€™s annual US sales had dwindled to less than 12,000â€¦ and never really recovered. No wonder it pulled the plug just a few years later.

Itâ€™s been much the same with other mid-size economy sedans. And that doesnâ€™t look like itâ€™ll change in the near future. Not as long as crossovers keep handling more and more like conventional automobiles, while offering greater space, capability, and all-around appeal â€“ to most customers, it seems, at any rate.

But if it did change in the next couple of years, Mitsubishi and its new allies at Renault and Nissan would be wise to revive the Gallant. And the resulting sedan would probably look pretty close to this one right here.